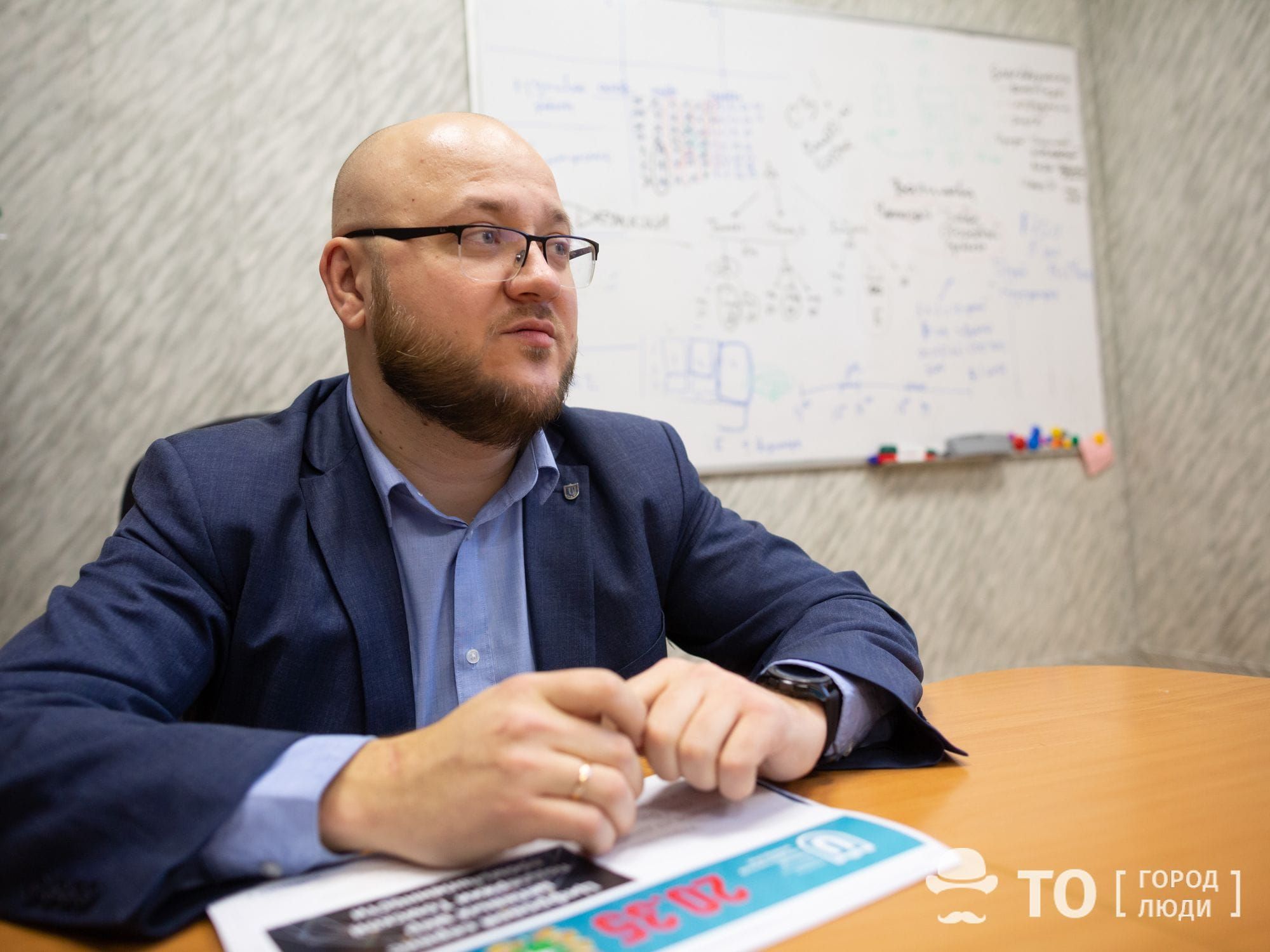 Sergey Orlov, the Head of the Center, has explained us the way this sophisticated organism is arranged, revealed how big data can help change the world, and also why his colleagues are building a drone. 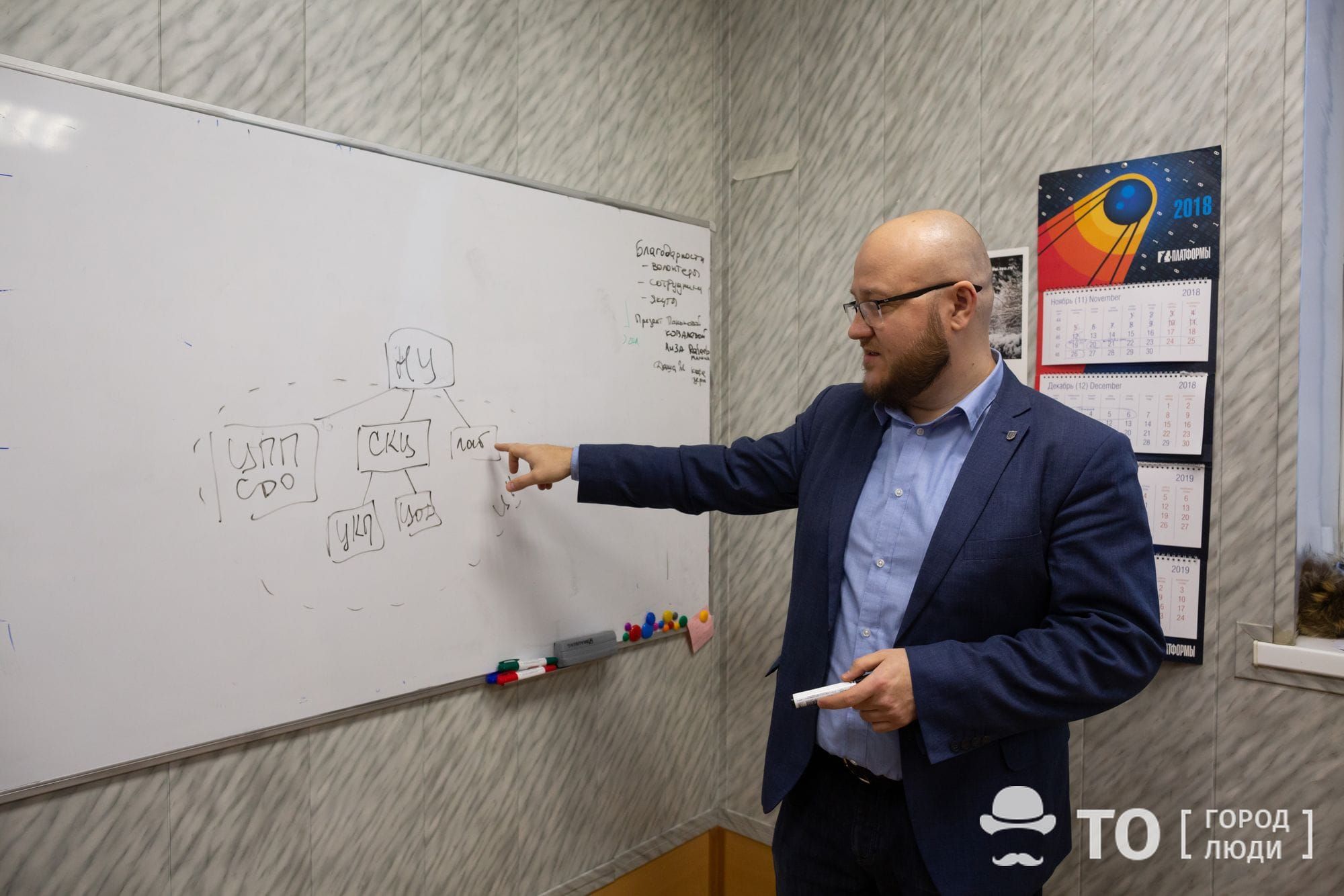 The Expertise Center is rooted in five areas. The first one is infrastructure, in this case the SKIF-Cyberia supercomputer center with a shared use center and a data processing one.

The third component is the educational one, which includes a program for training civil servants in new technologies and opportunities of digital economy. The Center also closely cooperates with the management of the Master’s program in “Intellectual Data Analysis” at the TSU Institute of Applied Mathematics and Computer Sciences.

The fourth and fifth components are IT solution development, and consulting. Their launch and tuning-up are underway yet. 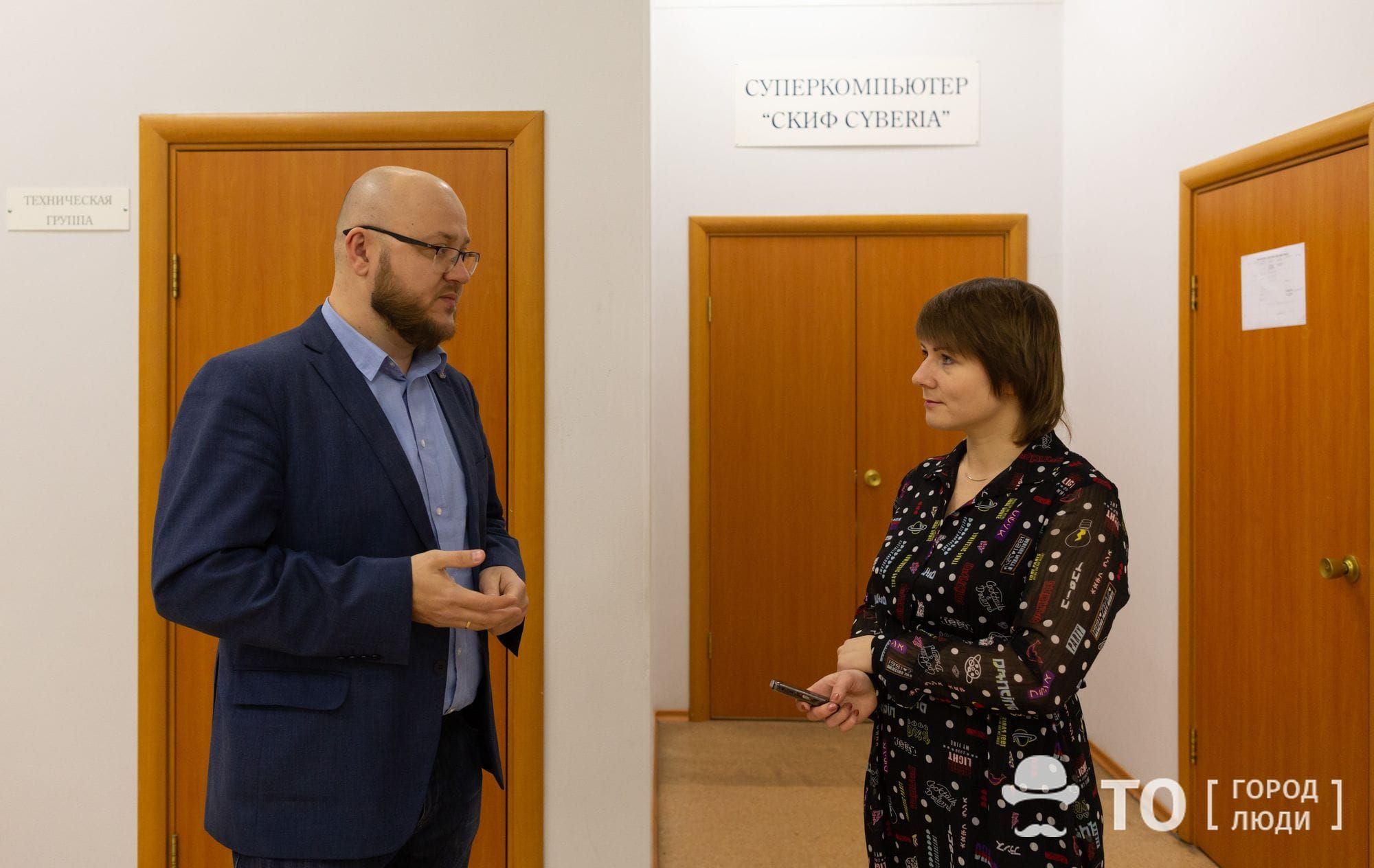 Each of the directions is a greenfield as is: these are new places where knowledge is born. But the entire Expertise Center can also be called an organizational greenfield, since it has been designed to combine such different participants in a single field.

“I believe this is better in terms of the university spirit and academic freedom,” says Sergey Orlov. “I’m hardly a great expert in this, but I think that Tomsk State University, on the one hand, is a brownfield, a field already plowed to the fullest; on the other hand, we walk the fields where no one has been yet. However, it is not the first year I’ve been walking on this field, so it seems normal to me, just the way it should be. 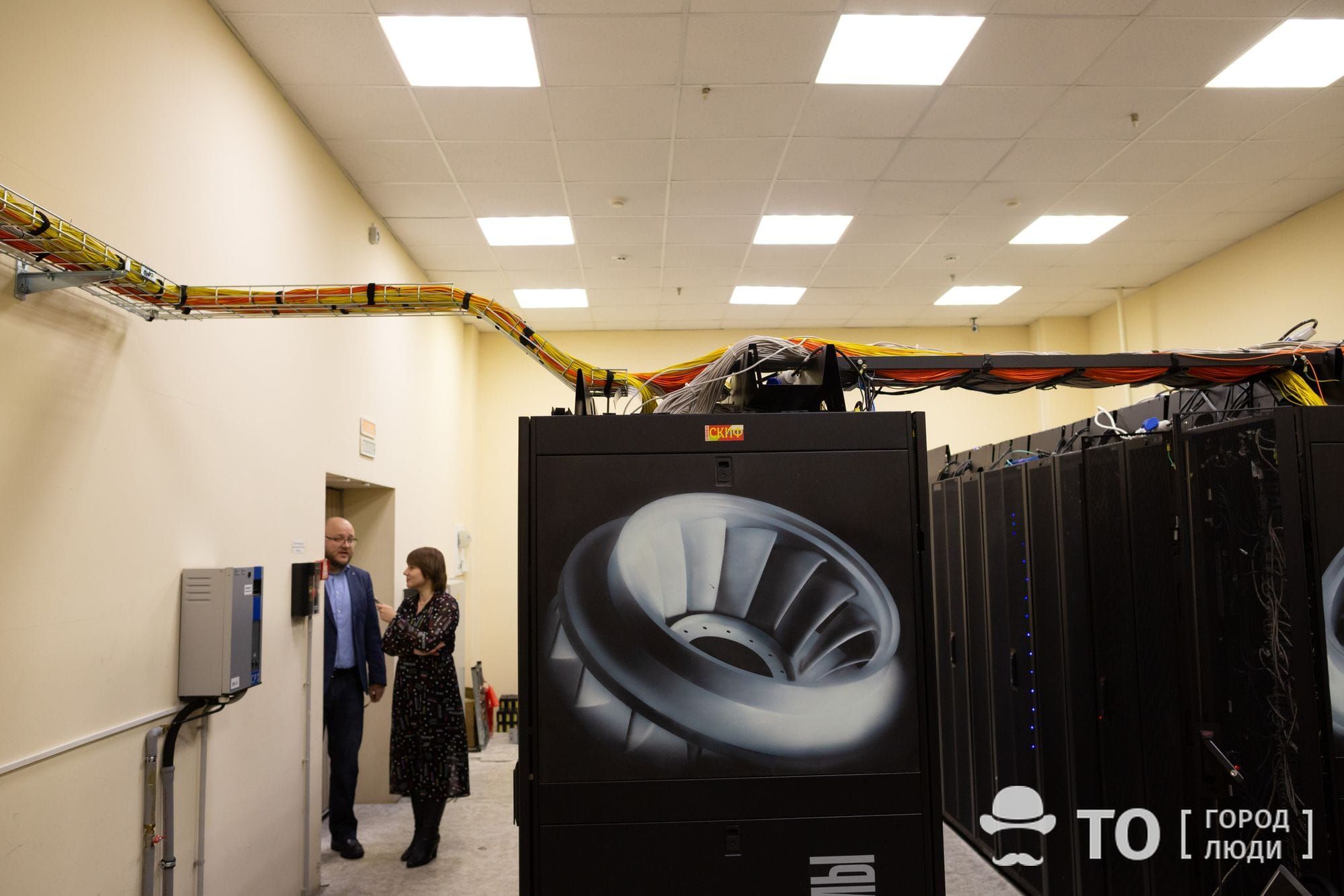 Sergey Orlov’s first greenfield (despite the word was not used in its current meaning at the time) occurred in 2006, when he, a student of the Faculty of Physics and Engineering, joined the supercomputer center team. In 2007, SKIF was launched, and Sergey stayed there to operate and handle it. At the same time, he was preparing his PhD thesis on atmospheric pollution transfer, the data for which he analyzed using the supercomputer.

“SKIF was originally designed to solve problems of mathematical physics, ecology, and meteorology,” says Sergey. “After a while, some research teams stopped using it for various reasons; but new scientific areas appeared instead. In particular, in 2016, researchers proceeded with analyzing social media, which in 2007 were in their infancy. And no methods of analysis were present then to allow processing big data sets. 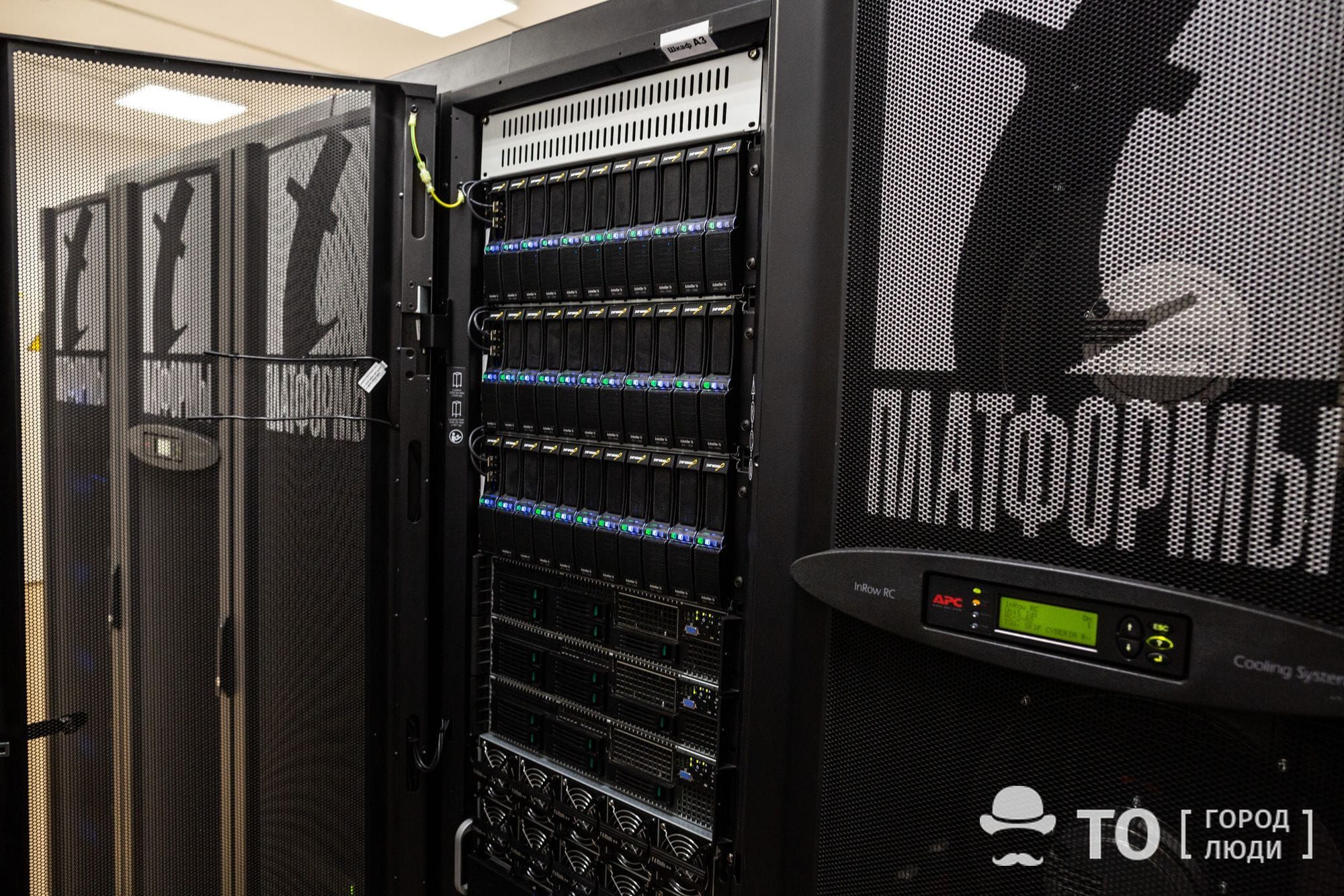 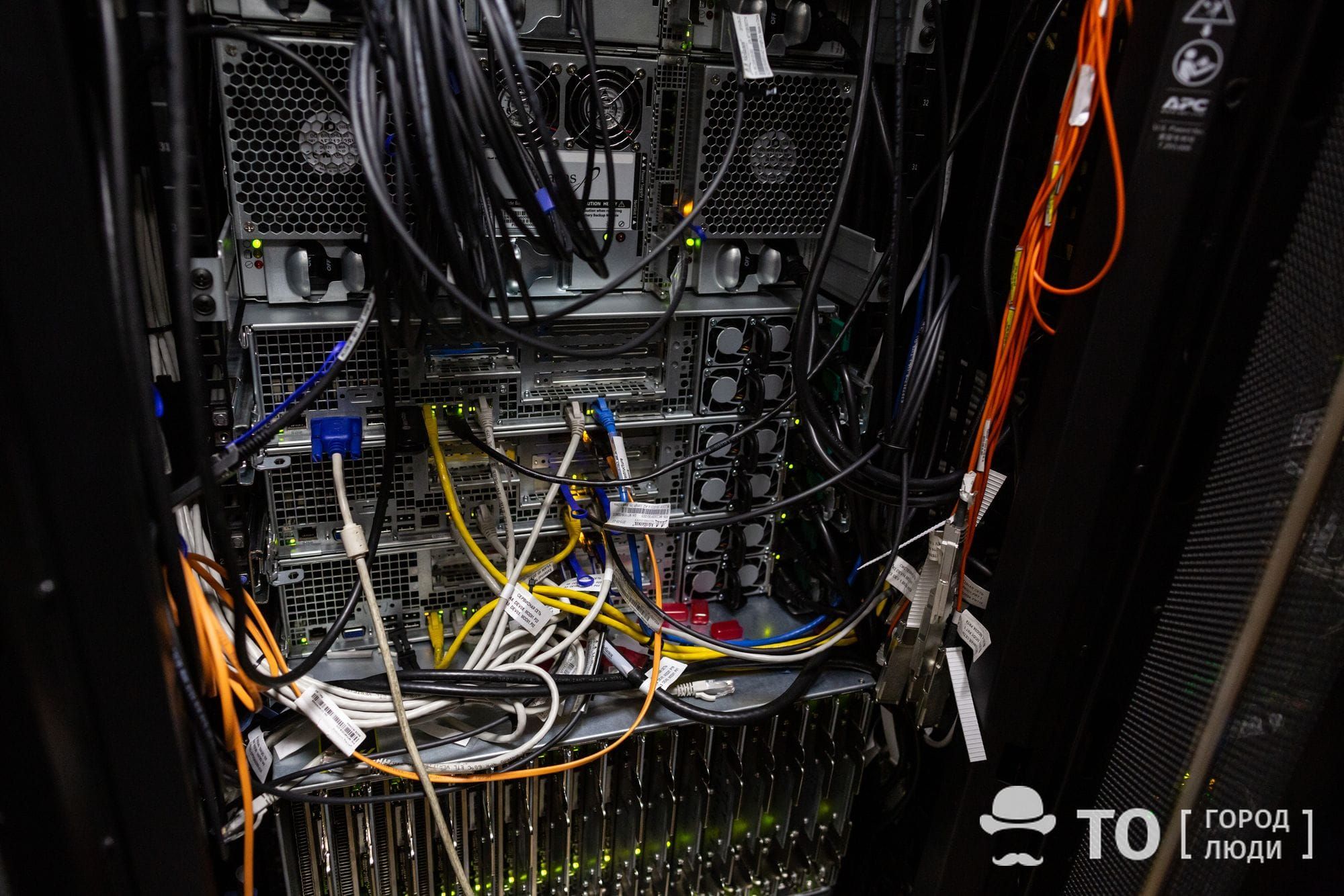 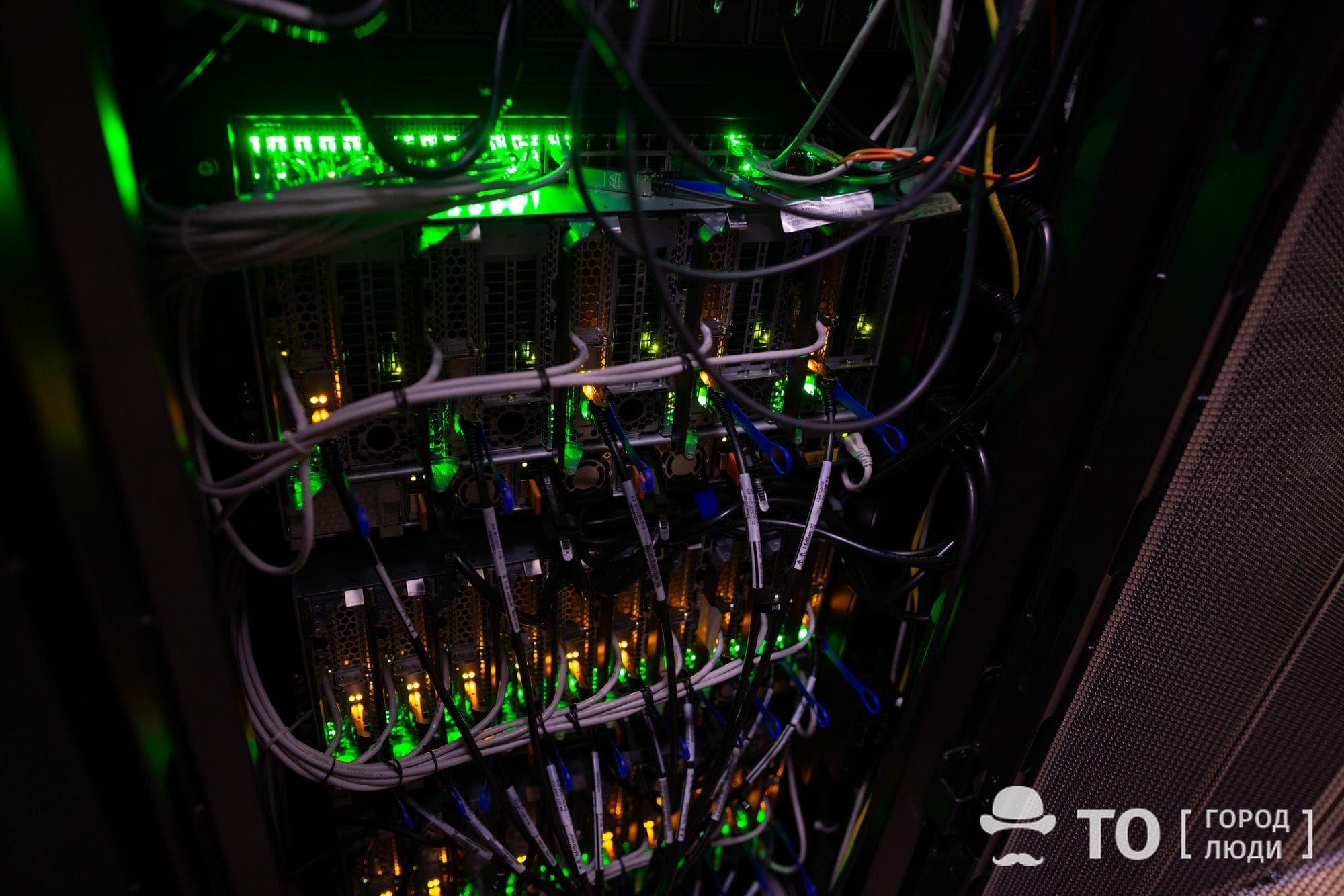 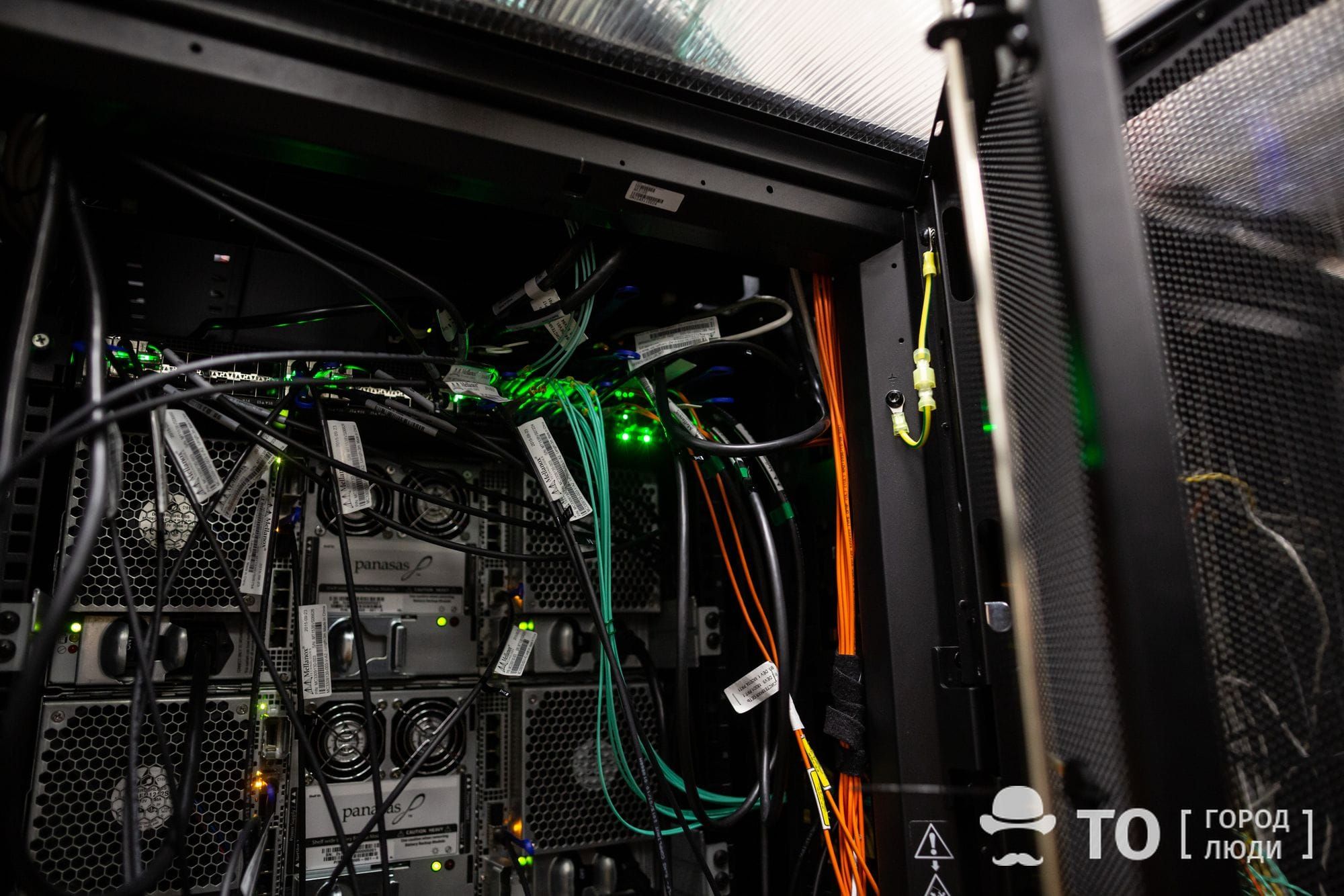 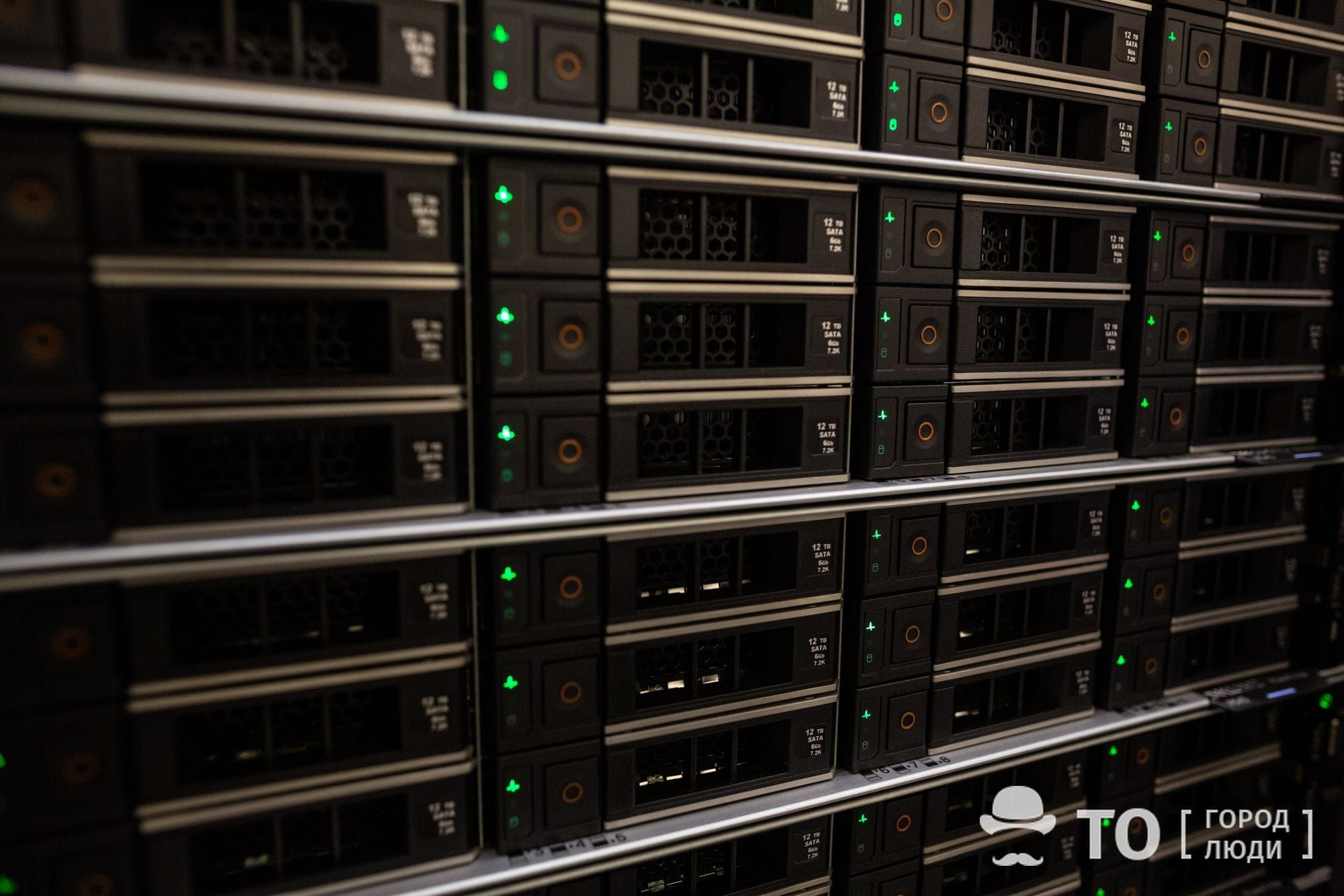 A supercomputer is approximately a thousand servers interconnected by several networks into a single logical structure. Users set tasks, and the system allocates the same across the servers, parallelizing and speeding up. Thus, the calculation process required in the scope of a task is possible to be fast-tracked by 1000 times against an ordinary computer.

The servers are located in two data halls — the “old” one and the “new” one. The names are conditional, as the equipment is continuously updated and upgraded, and actually the shell is the only thing having remained of the initial 2007 servers.

Significant computing power requires powerful cooling. In SKIF, the same is three- and four-circuit, with heat exchangers installed on the roof and in the basement of the building. There are two power lines with uninterruptible power supplies. The servers are connected to the network through optical cables, the total length whereof is 5.5 km.

SKIF can simultaneously process a whole range of complicated tasks: from modeling oil reservoir development under contracts with TomskNIPIneft, to processing the data obtained in the course of ATLAS experiment at the Large Hadron Collider; from spacecraft design — to motion-picture VFX calculations. 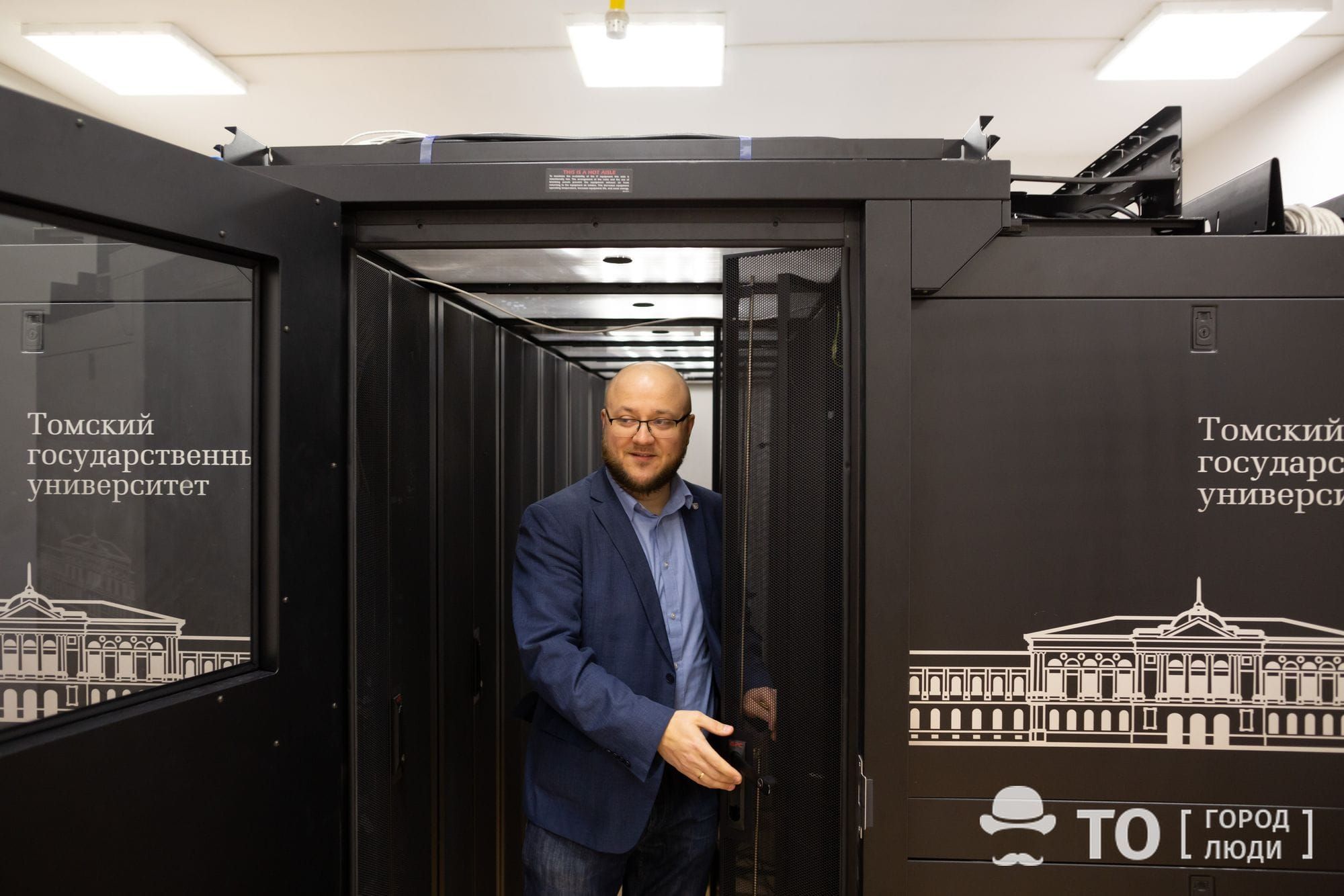 Among the promising tasks the power of the supercomputer is currently being used for is analyzing personal pages of the social media “VKontakte” users in order to search talented and motivated applicants. But there are other ways for the social media data to be applied. 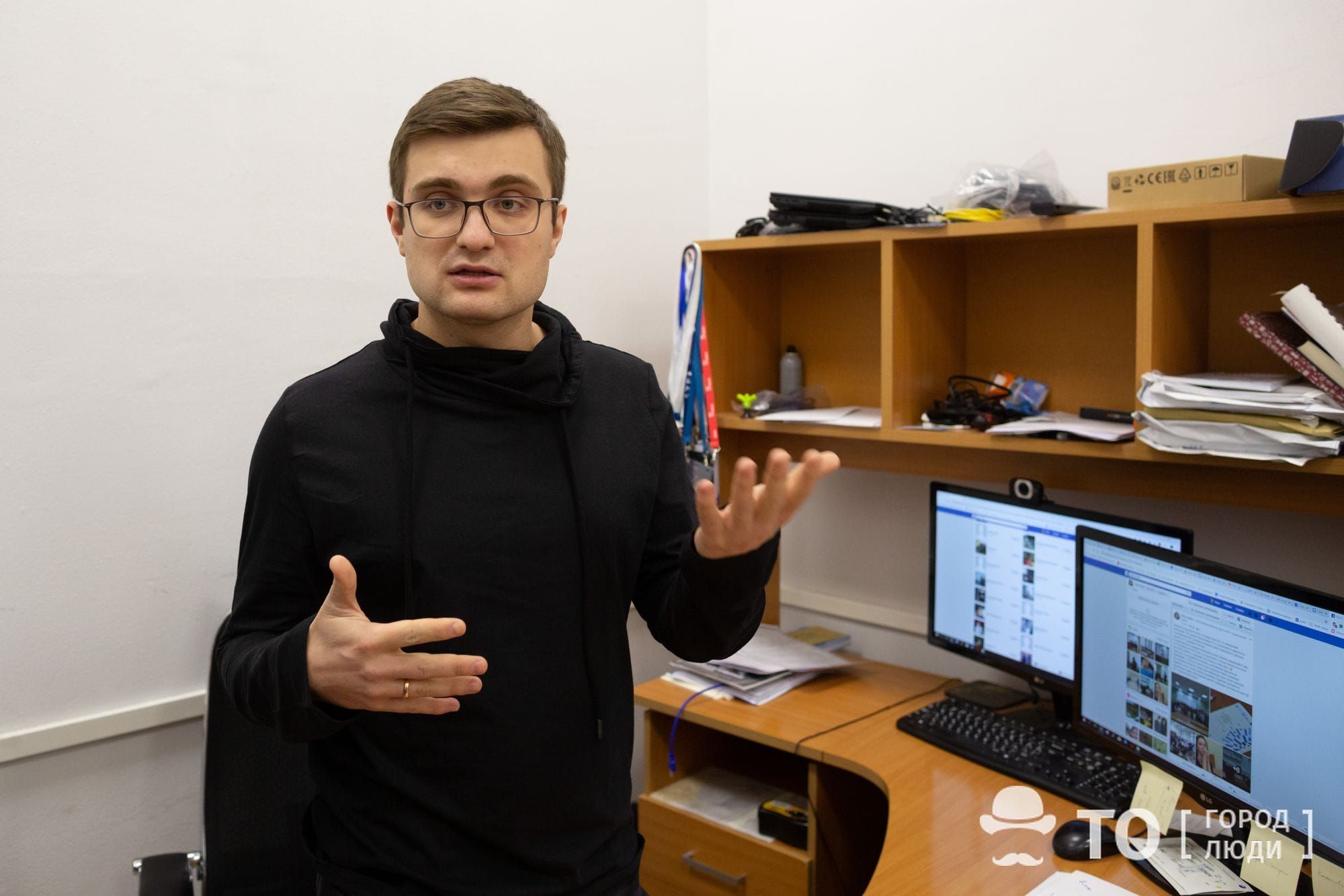 “We have a great lot of projects. For example, analyzing user pages helps identify not only talented applicants, but extremists as well. Using the same data, we can also describe both problems and achievements in the region, from its residents’ point of view,” says Vyacheslav Goyko, the Head of the Big Data and Society Issues Sciences Laboratory. “Jointly with the Vladimir Potanin Foundation, we are executing a project on studying online charity. By now, 72 universities have opened endowment funds, but no one knows how to make the graduates to donate money in large numbers. Our idea is to engage social media data; we’re now working with the said charity foundation to develop mechanisms that would convince the graduates to donate money to the university. 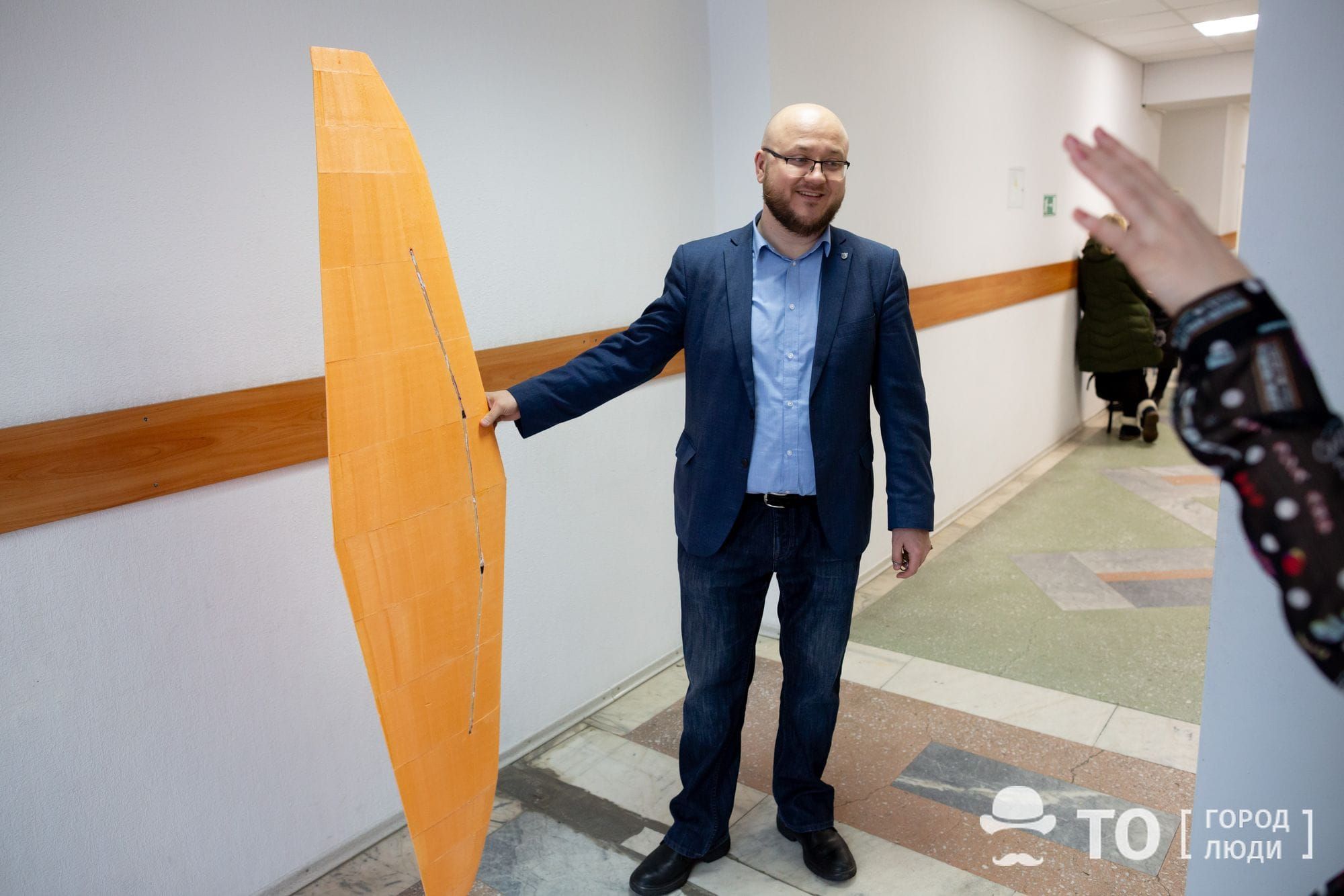 In a premise of the Expertise Center, there is a drone frame. A group of employees and students are building the DIY drone in order to launch a new area of aircraft digital twin creation.

“Our guys from the Department of Applied Aeromechanics have decided: ‘Why not make a drone?’ So they
​​​​​​are making it now,” smiles Orlov.

The drone is being created based on a digital twin. First, the aircraft was simulated in full capacity using a computer, then the same was tested in a digital wind tunnel, and only thereafter its material embodiment began. The templates were made; the frame was cut out using a CNC machine tool, while a number of details were 3D printed. The aircraft will be coated with carbon composite to be produced in TSU as well, and equipped with an engine and a photo camera. 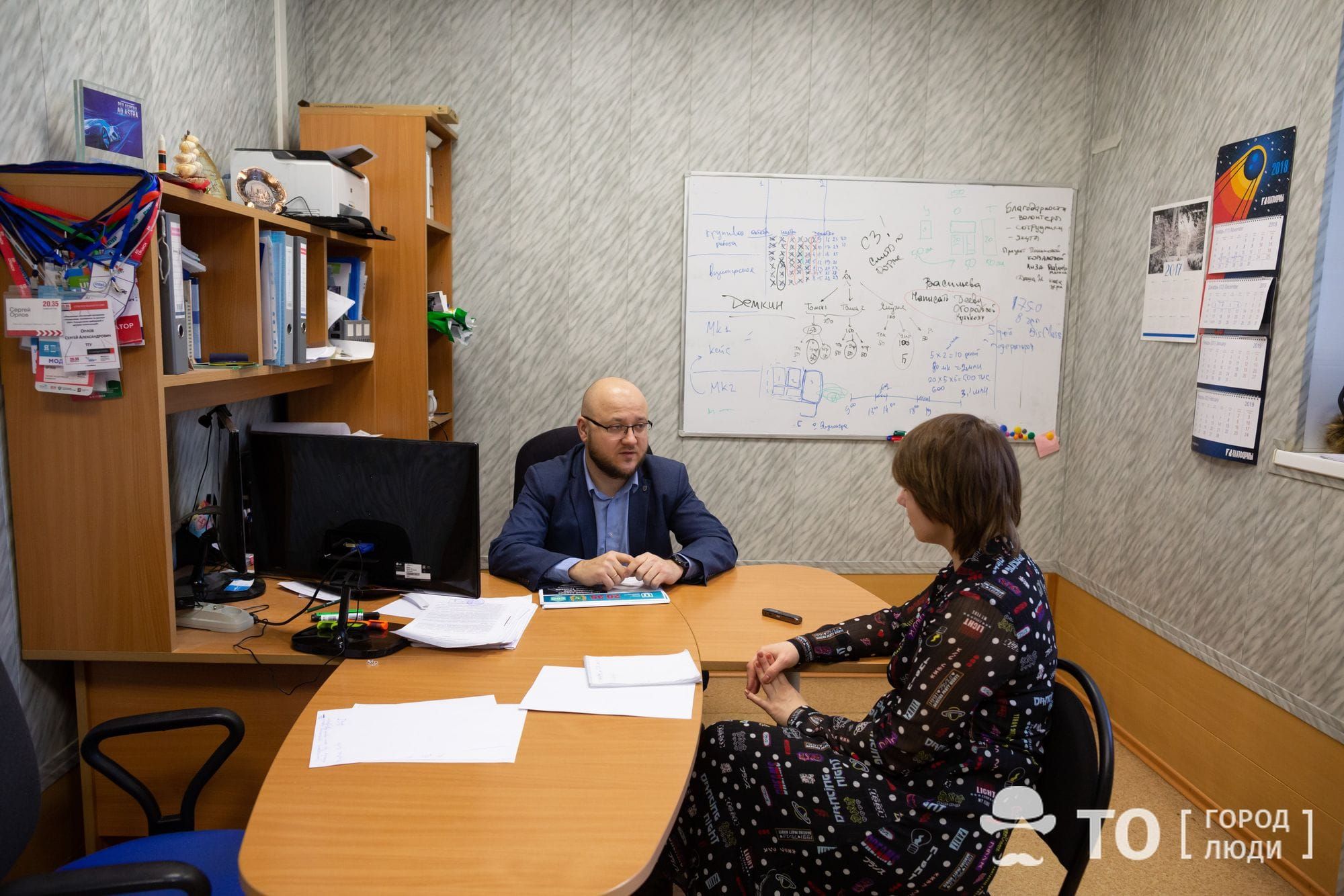 Once the digital transformation occurs (which is a matter of the near future), most administrative decisions, including in public administration, will be based on unbiased analysis of big data.

Since 2019, TSU, jointly with the administration of the Tomsk Oblast, has started training civil servants in such areas as applying data analysis in order to solve managerial tasks, obtaining these data, identifying the data which should and should not be used for guidance, and so on. The program provides for 102 hours of instruction, 60 whereof are to be attended in-person. The course is characterized by high intensity of work, and applied nature.

“There is no way to attend lectures for two hours a day and to stretch the program for a month. Job duties and issues would have a person distracted, with no pronounced result to expect. Our logic is as follows: a person should get into an environment intellectually challenging for them, and only then a development occurs”, says Sergey Orlov. “I think that we are successfully fulfilling this task — to give people an image of the future so that they can see where to go. While at first some trainees felt irritated, like, ‘Why all this, it’s nothing but a week out of work’, in the end, most of them wrote in their reviews that the course has enhanced their thinking.” 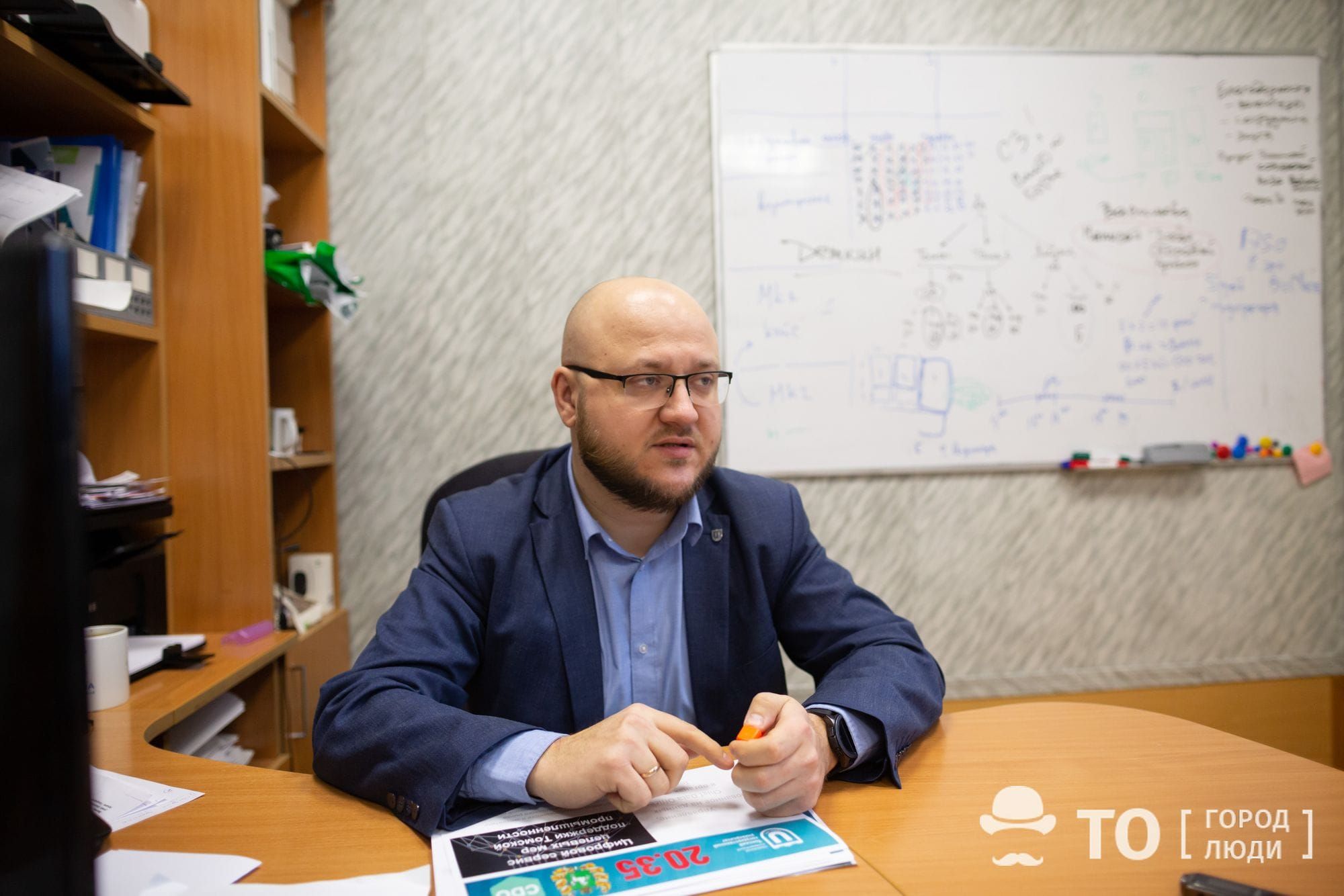 Last year, 500 professionals from 12 regions — from Tomsk Oblast to Yakutia — have completed the extended education program. They are mainly employed at state structures related to education, healthcare and social services, as well as at universities.

“Sooner or later, all data will be digitized, and the management processes based on and driven by that data will also become digital,” explains Sergey. “Everything will become transparent, at least for those who will have access to the data. There will be no hidden factors anymore, whether in the economy or in the social sphere. On the other hand, I understand that there will be significant resistance, simply because not everyone wants to have the data objectivized. Anyway, that society will be completely different from the current one.