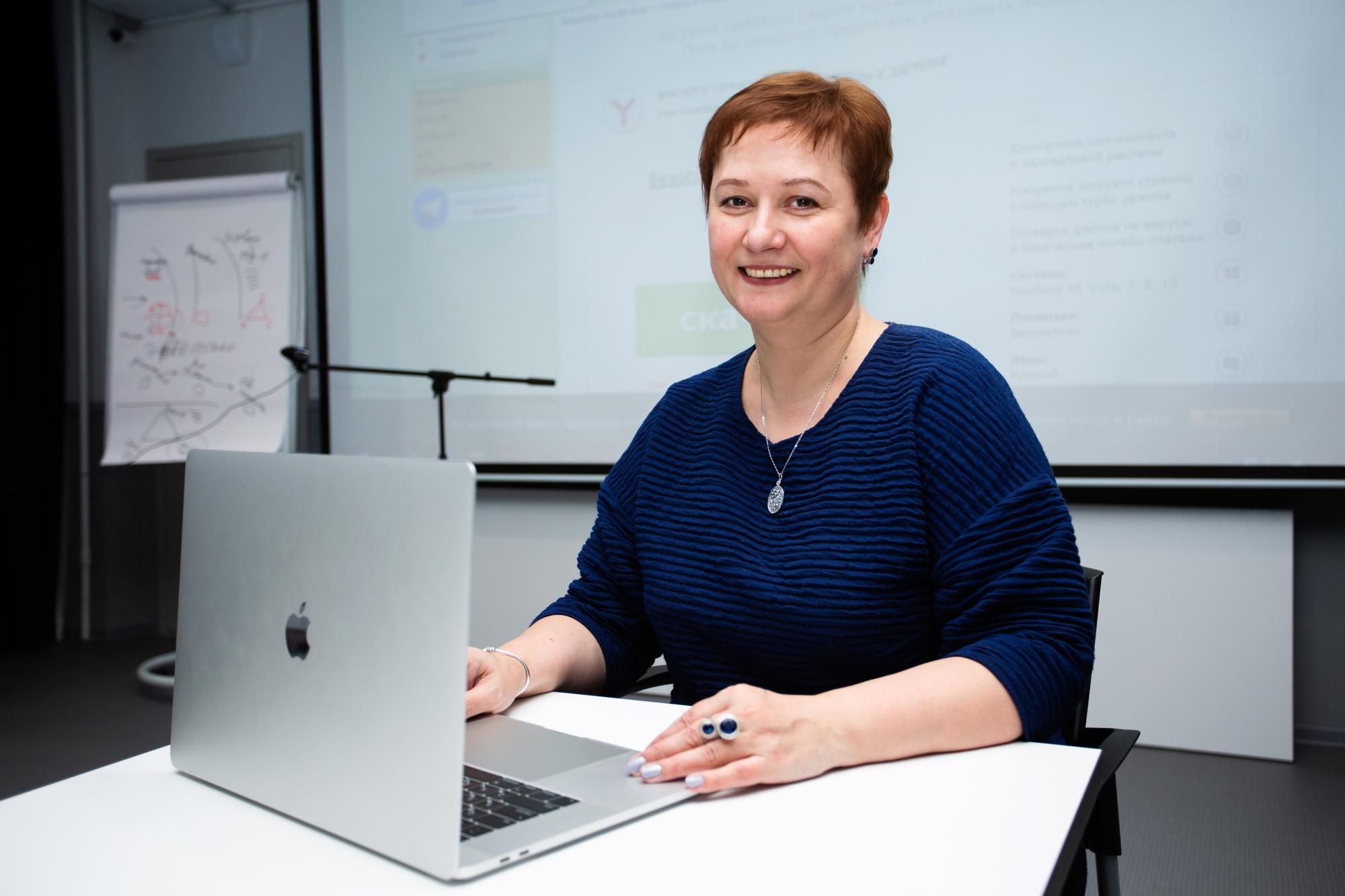 Siberian Greenfield. Elena Sukhanova, Director of the TSU Institute for Innovations in Education: Why Would the University Teach Teachers, and How to Make the Transformation of Education Real?

The Institute for Education is scheduled to be established in TSU in 2020. It will promote a unified line of projects and research in the field of education in the alma mater, and act as a resource center for joint projects on educational development at the “Big University”.

In her interview for the project “Siberian Greenfield”, Elena Sukhanova, Director of the Institute for Innovations in Education, has told us why educational innovations came to schools earlier than to universities; how and why self-organizing communities based on educational ideas appear, and whether what is happening at TSU now can be called “greenfield”. 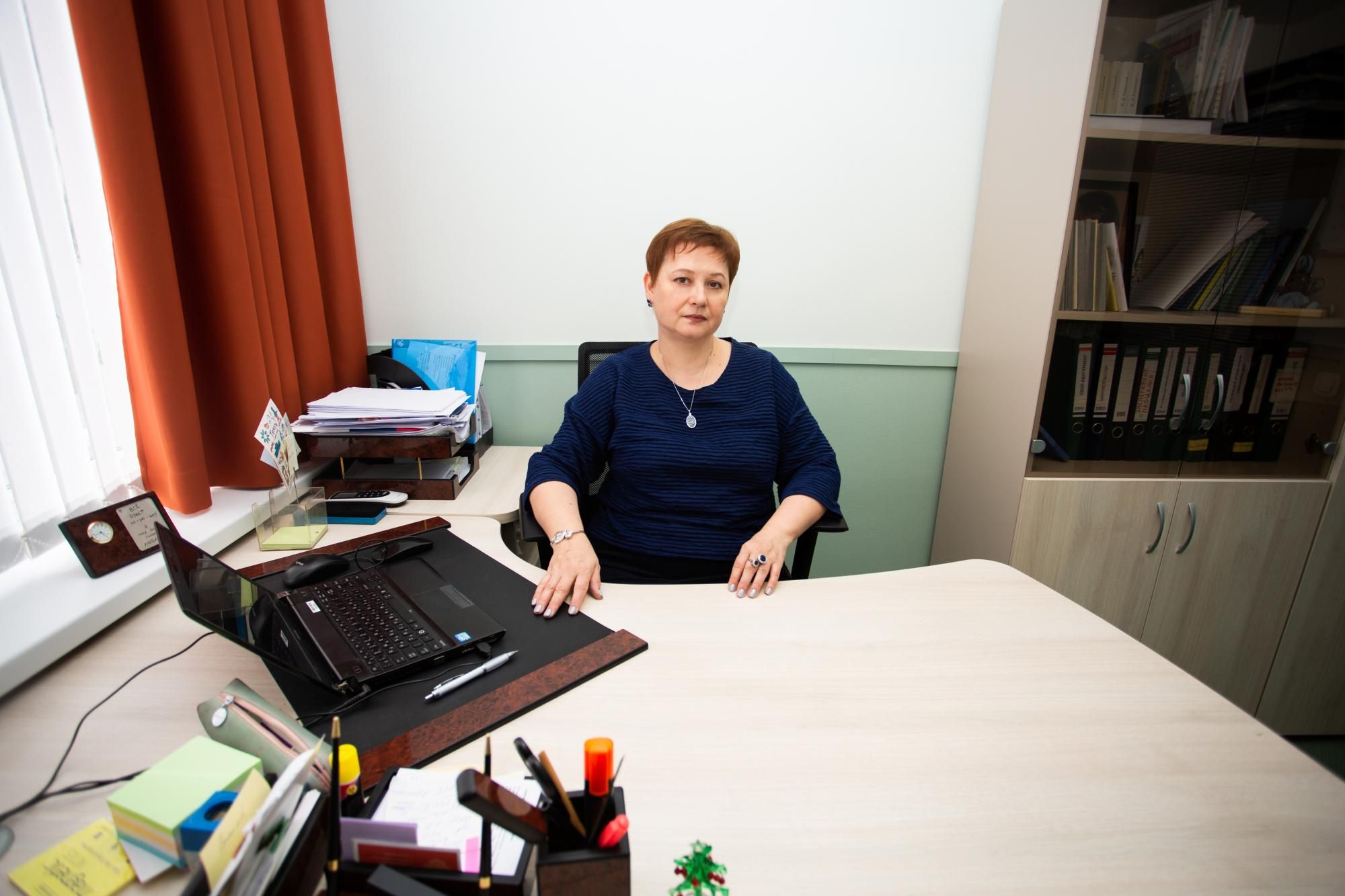 The research and educational center was preceded by a regional project funded by the Soros Open Society Foundations, which was worked on, from 2001 to 2003, by a group of TSU experts and general education professionals headed by Professor Galina Prozumentova; it was part of the megaproject “Development of Education in Russia”.

“At that time, innovations were in full swing exactly in general education, in schools and kindergartens,” recalls Elena Sukhanova. “We undertook a mediating mission: to act as a link between education innovators, science and authorities. We tried to bring to the market ‘greenfields’ of 1990s — general education platforms, which were designed to teach children in a new way, but were not licensed to work with teachers. We managed to create a number of experimental workflows in the frame of changing the system of additional education for teachers in the region, and the project was recognized among the best ones in the country.”

In 2003, the project came to an end, and the question arose as to whether to retain the existing team. Then-TSU Rector Georgiy Mayer invited Galina Prozumentova to become a part of the university, along with the research and educational center she created. Thus, Elena Sukhanova, who had previously worked at the Eureka-Development School at the Regional Center for Education Development (RCED) and was involved in the project, started working at the university as a lecturer at the Department of Education Management. Now she recalls:

At the time, the university seemed to us a monolithic boulder in which nothing could change. We started our activities, and only later we realized that education was not a cornerstone for discussion in the university environment. Scientific disciplines prevailed here, and there were (and still are) few people here who regard education as the subject of their research and design activities.

About 15 years ago, we did not even dare to hope that the innovations in the educational policy of the university, that we are not just observing, but participating in now, would be realized.

From “Pedagogical Troops” to the “Parents’ Lecture Center” 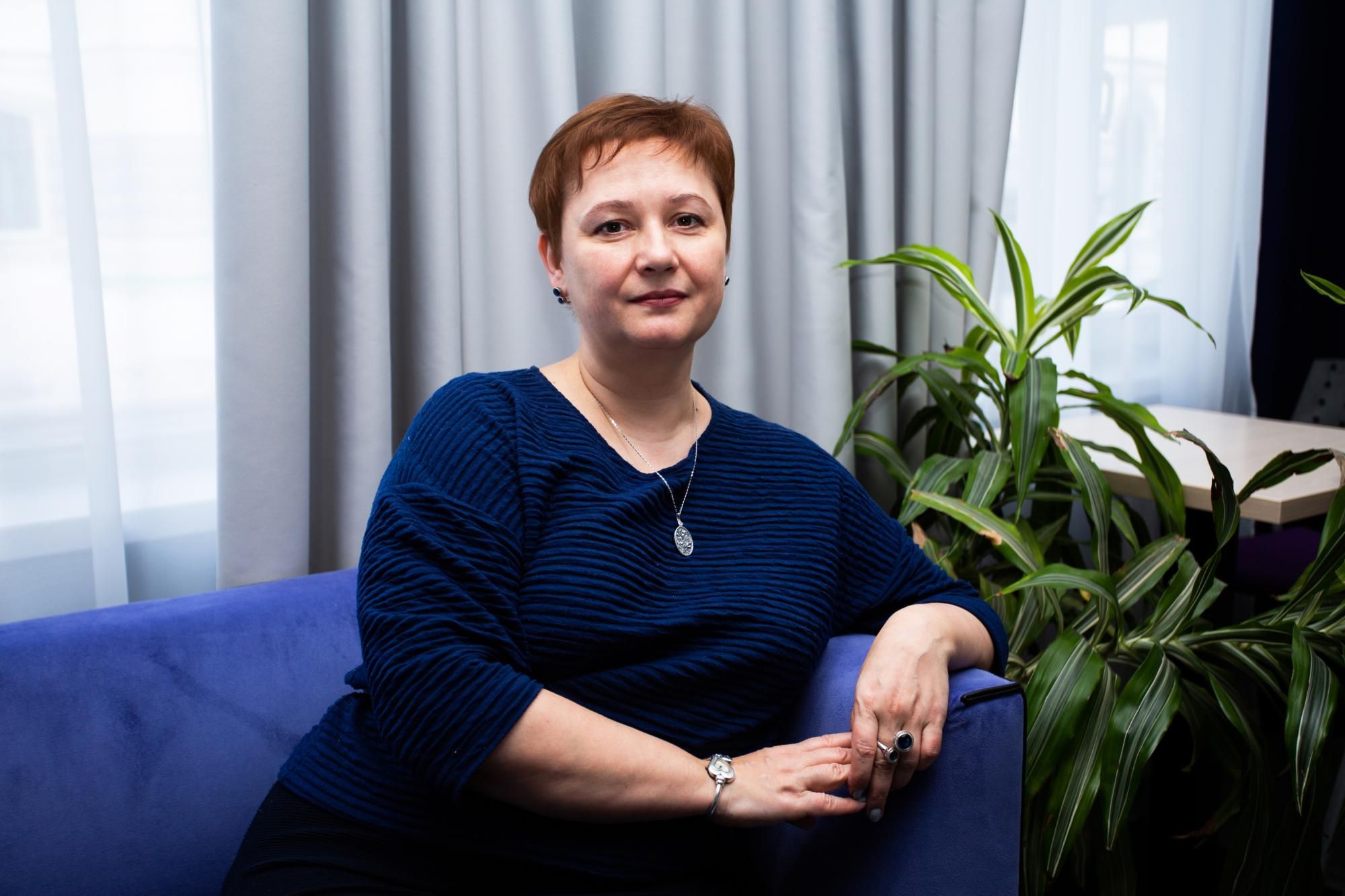 The REC* “Institute for Innovations in Education” continued the tradition of interaction with general education, established in the early 2000s. One of the results is the creation of the TSU Center for Development of Modern Competences for Children and Youth, which enables schoolchildren of grades 5–11 (under the Russian education system) to study programming, nanotech-based electronics, meteorology, biotechnology, and so on — 17 additional areas in total — on the basis of the university laboratories.

The project “Pedagogical Troops” (Rus.: “Pedagogicheskiy Desant”) has been launched in order to provide schools with enthusiastic personnel oriented towards new training formats. The Institute for Innovations in Education selected students from different academic areas who would like to become teachers, and trained them under a year-long intensive course.

“Not all of them went to schools,” says Elena Sukhanova. “Moreover, some of them worked in schools and then left. However, there is a community of interested people having gathered around us, who understand education in the same way as we do. And these guys are a solid human resource for our new projects.” 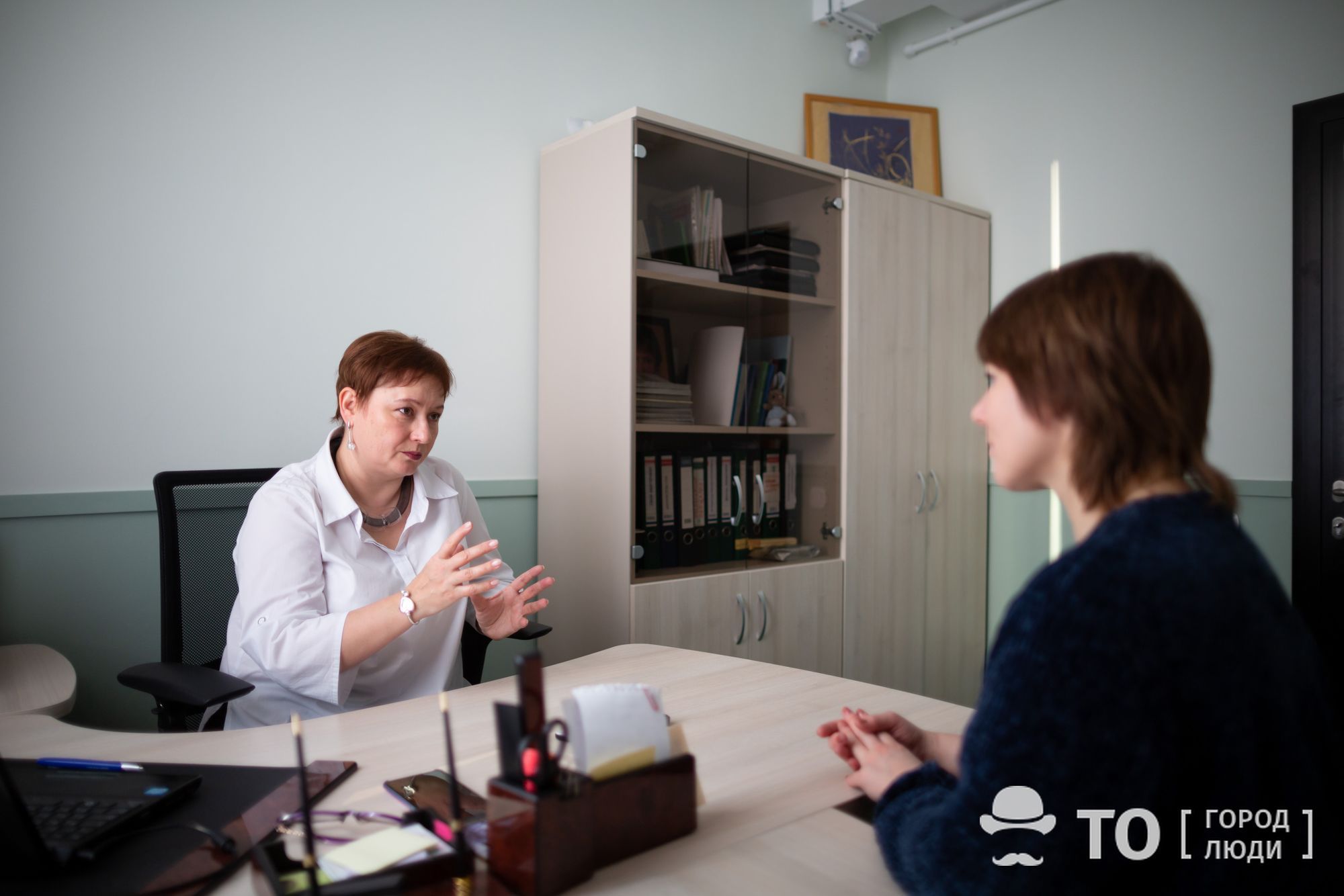 Influencing the shaping of innovative educational and professional communities is one of the basic tasks of the Institute, having been determined by Galina Prozumentova.

In addition to the above-mentioned “Pedagogical Troops”, such communities include groups of teachers engaged in interdisciplinary meta-subject programs implemented for students by TSU teaching personnel and school teachers. For example, five years ago, the project “TSU STEM Class” (STEM — Science, Technology, Engineering, and Mathematics) was launched jointly with the Regional Center for Education Development, the Department of Education of the Tomsk City Administration, and a chain of partner schools. Students and lecturers of TSU go to a certain school to arrange there a four-hour game — so-called STEM-laboratory.

“We launched this program so that pupils in schools could gain experience in interdisciplinary projects and teamwork, and understand that splitting science into separate disciplines, in fact, is not the best way of dealing with the same. We wanted to eventually get applicants experienced in implementing natural science projects, and having developed soft skills,” explains Sukhanova. “A couple of years later we saw that the idea attracted a group of people of different ages and occupations, who are interested in STEM. Some of them were working at school, some other at the university, and others at the RCED. Most importantly, there is a group of high school students raised in this culture, and they already participate in our STEM-laboratories, which we conduct for kids in their own school or away, in rural schools.”

Elena emphasizes the special status of this community: not a division or a structure in some institution, nor a project group, but an association of like-minded people.

Another example of a self-organized group is the project “Parents’ Lecture Center” (Rus.: “Roditelskiy Lektoriy”.

“It is a cute little innovation, a project that has been going on for four years now, and we don’t know if it should be developed somehow. Maybe, we think, we just should not interfere,” smiles Sukhanova. “Once a month, parents, grandparents, teachers, and tutors gather and discuss some topic related to the development of children: from fighting childhood fears to ways to help a child in a situation of divorce. The participants agree upon the annual agenda at the first meeting at the beginning of the school year, then every month an expert comes with a message, and moderators help the students to build communication with the lecturer. Each year, 500–600 people attend the lecture center. There is a stable group of interested parents and professionals, and there are those who come to listen to and discuss specific topics.”

Elena Sukhanova regards such educational communities as distinguishable from project teams and educational startups, since nobody manages the former ones, and often there is no one to even coordinate their activities; people from such community interact on an axiological basis. 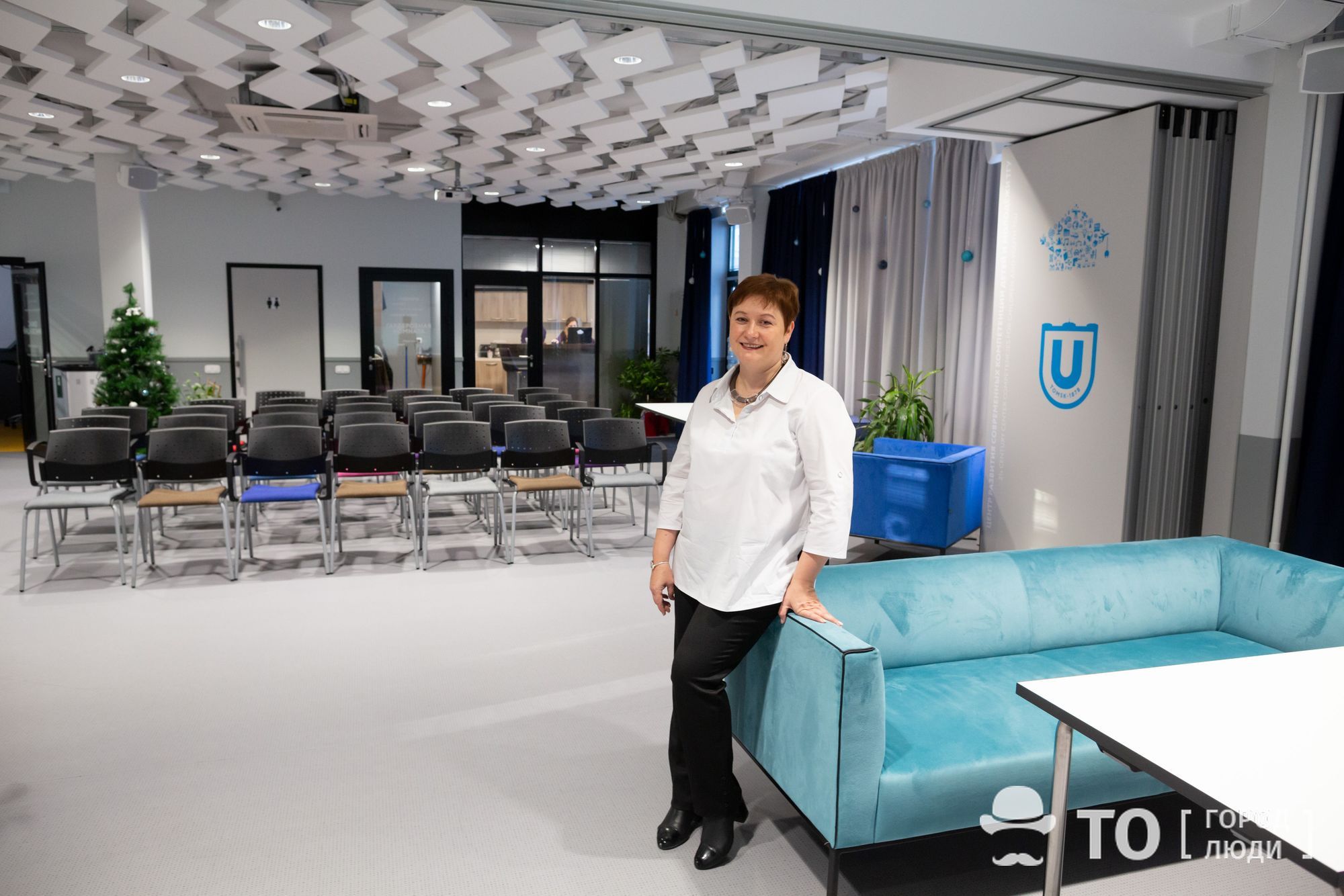 Finally, innovations made it to the higher education, although later than to the general and secondary professional ones. Now TSU, jointly with universities from all around the world, is switching to a new model where priorities are given to individualization, as well as competence and ecosystem approaches to education. Elena Sukhanova, as Deputy Vice-Rector for Academic Affairs, endeavors to maintain, within the university, a unified line of developments, projects and research in education.

We are moving towards the formation of a new institution to bring together the already existing units engaged in the transformation of education or acting as intermediaries. Together with the TSU Institute of Advanced Learning Technologies, we have been intensively discussing the creation of educational startups on the university infrastructure.

However, in order for such startups to appear, there must be a powerful expert group capable of, firstly, working with phenomena in education — observing, revealing and taking them up; secondly, analyzing external trends and predicting future changes, not the current situation.

We are now forming such an expert group, developing contacts with similar educational institutions, both Russian and international. And what we are mainly focused on are efforts to understand our mission, uniqueness and purpose against the background of numerous structures operating in this field.

Will it be possible to call the new structure a “greenfield”? Elena Sukhanova laughs:

“I would like to say that it is a greenfield, because when you say this word, additional resources are assumed to be allocated in this regard. But I would rather say: we rely on the concept of transformation. And what any transformation implies is simultaneous change of a given content and construction of a new form, because if the interior content has altered and the exterior form has not, there would be no innovation. Or, on the contrary, you may change or replace structures, erect new buildings, establish units and so on, but unless you introduce new content into it, nothing would happen either. We will have a new, promising content here, embracing the global trend of our time. Nevertheless, given that this greenfield will include a range of structures that have been involved in this field for over thirty years, it will be difficult to consider the context as completely new.”

When creating the said new institution, TSU strives to concentrate, to the fullest, intellectual resources, knowledge bases, and expert researchers at a single location; these can be called areas of greenfield. There, the early sprouts of something new and good will be cherished, protected, and, as Elena Sukhanova puts it, held closely watched a bit. At the same time, the channels of dissemination, having these developments integrated into something that is not a greenfield, must be provided.

“Regarding all the experimental practices of ours, it seems to me that we prioritize, at the very beginning, the aspect of how this practice will live, interacting with the existing organizational structure, changing it, or, vice versa, adapting somewhere, whether it will transform the existing content of education or lead the way. All the time, it will function at the junction of the old and the new.

“Although a lot of futurological forecasts and foresights have been made as to the changes that life, education, and the humans are going through, there are very few developments to answer the questions of how to reconcile the changes in perceptions of the human being with the possibilities of new technologies, and what institutional changes need to be made in the educational system so that the triangle of new perceptions of Human Being — Technology — Institutions become the basis of real transformation. I hope that we will be among the organizations to build this bridge to the future.